It’s not every day a rock ‘n’ roll hall of fame artist comes to town so that in itself set the 1st February up to be one hell of a spectacle as the incredible Glenn Hughes came to The Church in Leeds. Releasing a brand new album in 2016 this was a tour celebrating both the last ten decades as well as being used to play the new tracks to old and new fans like myself.

First up were Wallsall rockers Stone Broken who were certainly on a high after being announced for Download Festival that day. Playing a mix of tracks from 2016 album All in Time the band played a set reminiscent of early Nickelback and Black Stone Cherry. With a fantastic set of tracks ranging from heavy southern American esque tracks to slower songs which actually stole the show, Stone Broken were out to show they could compete in the big leagues and new track Just a Memory was the set highlight. A superb start to the evening that was only going to get bigger and better. 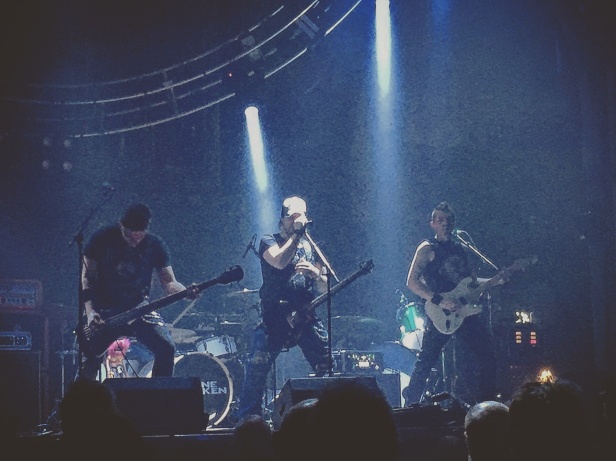 Following his own epic 2016 record Resonate, Glenn burst into stage with Flow from that album to a wonderful reception. The track filled the room with the sound bouncing off all the walls of the great church that was packed out with adoring fans. What followed the opening track was nothing short of a set worthy of rock n roll gods of present and past.

Coming to Leeds with a raging flu and the devastating news that Glenn had lost his mother earlier that day, you could have forgiven him if the vocals were off or the bass solos were shorter than normal. Glenn had other ideas though and with Muscle and Blood proving his vocals were as good as ever, then Deep Purple classic Getting Tighter showing the bass solos were going to be as epic as they had ever been, everyone knew the night was going to be a special one.

It was by the third track I knew I was in the presence of a genius. The most incredible bassist I have ever seen without a doubt was in front of me for the incredible set that was a mix of everything you’d expect from Glenn’s illustrious career. One Last Soul kick-started the Black Country Communion fans and the biggest cheer of the night came when he announced a new record for the end of the year.

Medusa, a track written when he was 17, was contrasted by brand new track Heavy showing that in the last forty years, not many artists have continued to be as consistent as Glenn Hughes. Despite battling with a dodgy knee and having to blow his nose through the set, this was a mix of songs for the fans and nobody left disappointed.

By the time Burn kicked in (and with Jay Boe on organ not keys) many fans knew this was as good as Glenn had ever been and knew that they had witnessed a genuinely special night both musically and symbolically for him in such a beautiful venue. It was a show I will never forget and will be at any future show Glenn does, absolutely superb. 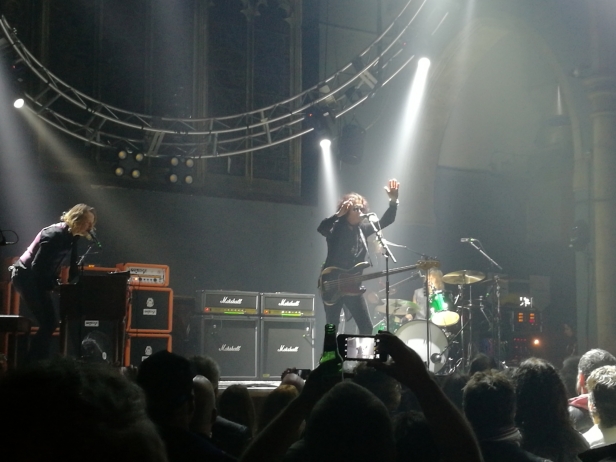 Leave a Reply to Halfway To Nowhere Cancel reply

NEW REVIEW The Lathums release their first track of 2020 tomorrow. Go check out what we have to say about it. Link in bio.
NEW REVIEW Wigan's Stanleys have burst onto the scene with single A Better Life. Go give our rapid review a read over on the site right now!
Yes. Just yes. Ghost was one of the best shows I've ever seen, stunning visuals, incredible performance and Square Hammer and Dance Macabre may be the two best live tracks of 2019! #ghost
New Review Sauce are a killer blues rock band that are making some of the best music out there right now. Read about their new single Sister Brother on the site now! https://halfway2nowhere.co.uk/2019/10/23/review-sister-brother-sauce/
NEW REVIEW The Seamonsters are fast becoming the real deal. New single How To Be Famous is a huge step forward for the five-piece. Catch them before they blow up!
This week we went to see My Beautiful Laundrette at the newly renovated Leeds Playhouse. Read the review up on the site now!
%d bloggers like this: