Imagine being told only an hour before a show that you’d be playing a show. No preparation, no time to think about setlists, chances are it would be a bit of a mess. When we first saw Sounds Like a Storm however, this was the position they were put in but their set was far from messy. It was one of the tidiest performances I’ve seen in Leeds in a long time. Emission, the debut single out this Friday (3rd February) was the highlight for me on the night and I was excited to hear the studio version.

For those that don’t know Sounds Like a Storm, they’re sound reminds me of modern bands such as Vant whilst having notes of classic acts like The Arctic Monkeys and Emission blends these contemporary and classic rock sounds perfectly.

Starting with crashing rhythm guitar and drums, Sennens vocals fall into the track perfectly. His style is somewhere between Van McCann and Nic Cester and controls the song with a moody, powerful performance. The bridge has a mean, bouncing riff ready made for those who enjoy a good foot tap which then explodes into a perfect indie chorus.

There’s a buzz that as a listener you feel throughout with this young band from Leeds. You get the feeling as the second chorus ends that you’re listening to something special. The contrast from the slower, more vocal oriented verses to the huge hooks in the chorus combine wonderfully and once the track is heard and known by big crowds, there is no doubt venues of any size will be genuine sweat boxes.

The track is really quite exciting and a brilliant debut with all of the components of a classic rock track but with Ludmans distinct vocal, the Sounds like A Storm “twist” makes the band unique and a certain hot prospect for 2017 and beyond. Catch them at The Wardrobe in Leeds on March 24th for what is going to be a huge gig and look out for Emission on Friday! 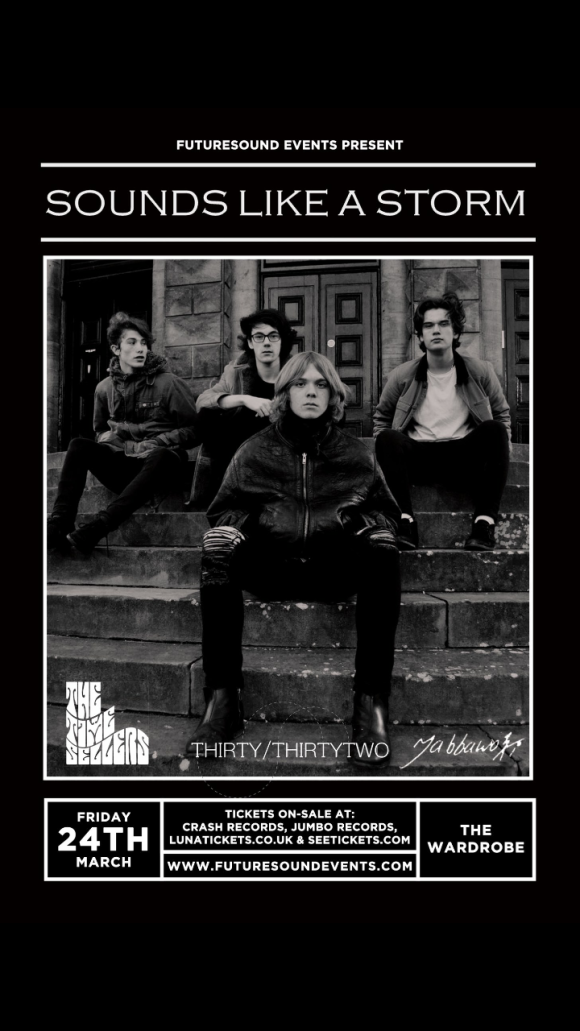